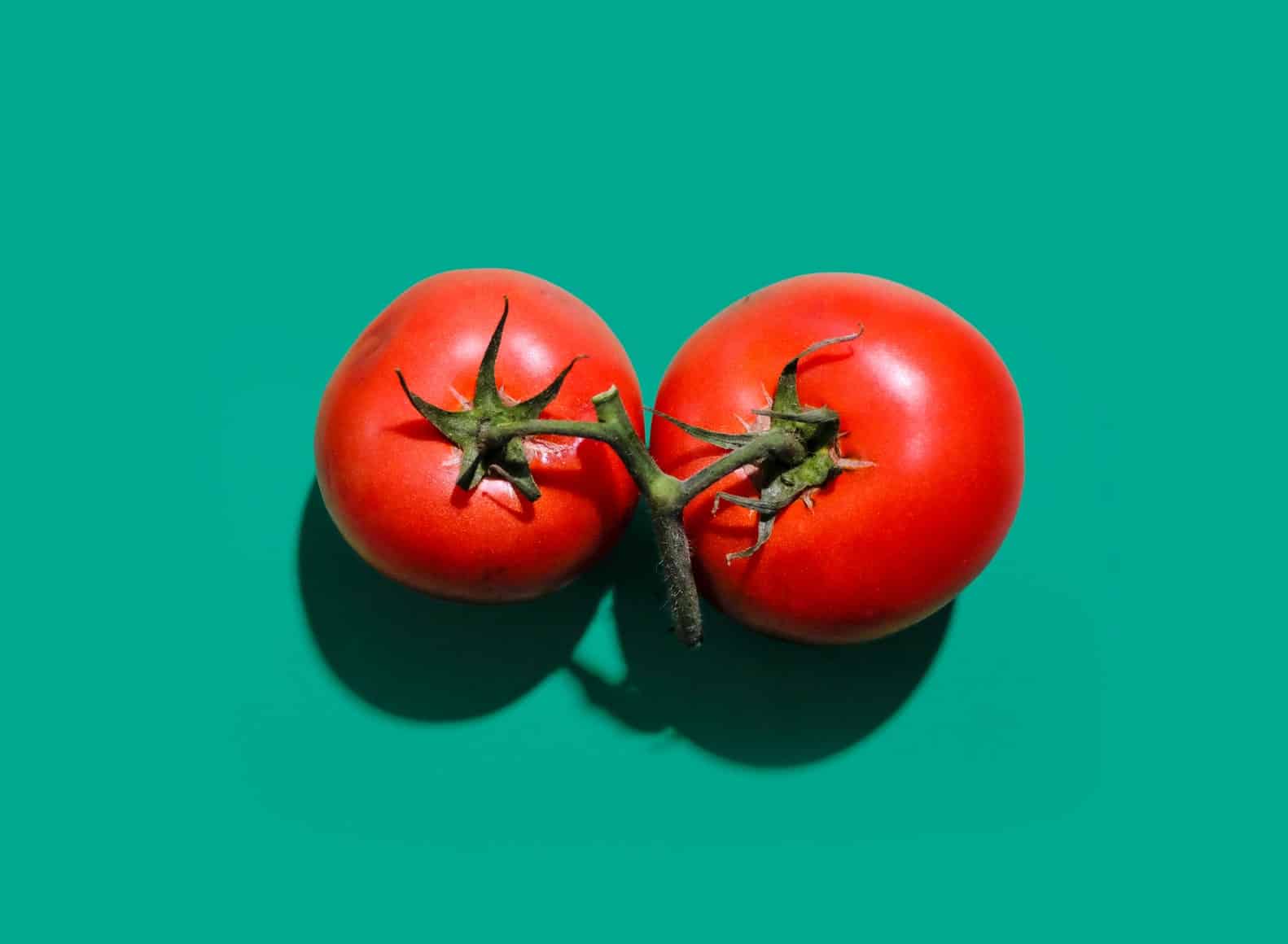 The tomato – once a vegetable that people were afraid to eat, fearful that their blood would turn acidic and poison them, now it is a fundamental ingredient to thousands, if not millions, of dishes from around the world. But despite their widespread uses, they are notoriously difficult to cut into regular cubes. And whilst altogether not quite needing to be cut to a perfect brunoise shape, you do sometimes need something resembling a small dice. Learning how to dice a tomato doesn’t need to take all day, so why not learn?

First and foremost, however, there are a number of dos and don’ts when we come to how to dice a tomato. How you hold the knife, for instance, plays a key factor in how well you will be able to dissect that tomato into pieces without causing many issues, most of which you can otherwise avoid. The type of tomato you are dealing with can also have a large impact on your ability to perform a good dice. Ideally, you want a good, firm tomato that will work with you, instead of a mushy mess that will work against you. However, if you are left with a less plump tomato on the squishy side of life, it’s still workable, but you now have to make a point to be more gentle with each step.

Tomatoes are a regular love for a lot of people, seeing widespread use globally and with very few cuisines omitting it from their repertoire. However, this was not the case during the Colonial era as this member of the food group was misunderstood so vastly that people were afraid to eat it. Relatively modern folklore believed that eating a tomato was poisonous, turning someone’s blood into acid and killing them. So, instead of growing tomatoes for food, they were grown for decoration. Similarly to how pineapples were so expensive that you would often see them adorning mantlepieces in not so distant times.

Once people finally got over the superstition about tomatoes after witnessing Natives of Central and Southern America had no issues eating it, discoveries were made that tomatoes had stellar health benefits. According to some cultures, such as the French and Spanish, tomatoes are considered an aphrodisiac. The nation we know now as Peru is where the history of the tomato seems to get its roots from, not Italy where you would assume given that they are synonymous with the red fruit (or is it a vegetable?). Even whilst among Europeans, the fruity vegetable became widely popular, it took the North American nations of the USA and Canada much longer to finally come around to the taste of the tomato.

Nowadays, tomatoes are not only among the most popular ingredients found in cuisine worldwide, but they have a multitude of varieties that range from little grape-sized cherry tomatoes to something as large as the infamous Beefsteak tomato. One of the methods foodie fans seem to enjoy most when it comes to the tomato is having it diced up and slid into culinary favorites such as casserole dishes, chilli, salads, and especially as a topping choice for bruschettas.

While professional chefs on television make it look so effortless to dice up tomatoes at a speed that almost seems magical, it’s really not that difficult to properly dice these gems without making your chopping board look like a reddish, soupy mess. It’s all in the knife handling and how you hold the tomato.

The best knife I have found for cutting tomatoes is undoubtedly the Wusthof Classic Ikon 7-Inch Santoku, it’s wide blade ensures that the tomato doesn’t move mid slice and its razor-sharp edge is perfect for cutting delicate vegetables.

This should go without saying, but it is advised to thoroughly rinse and pat dry the tomato you’re working on. If there is a produce sticker on the tomato, remove it. This sanitation process is your insurance that the tomato you’re working with is free of any unwanted residue from anything that may have come into contact with it before you took it home for dinner, especially if it was purchased from a local producer or grocery store.

Before proceeding, make sure you have a good, sharp knife to work with. Ideally, a serrated kitchen knife that is easy enough for you to handle would work best due to the sensitivity of the tomato’s skin and its interior. However, a straight edge knife will do too, but it has to be sharp enough to be able to cut through the tomato with ease. The least amount of pressure you can put on that tomato the better. Not only will this help prevent mashing the tomato, but the risk of personal injury as well.

As scary as a sharp knife may seem to be, it’s even scarier when dealing with a dull blade where you will have to apply more pressure than is needed to get the job done. When cutting, slicing, and dicing, the sharper the knife is to work with, the easier the job becomes. That knife you’re using is a tool and is designed to do the job for you.

How To Dice a Tomato | Instructions

Firstly, ensure that the tomato is washed, patted dry, and ready to go on the cutting board. You want to start slicing the tomato down first from the top. Your best bet is to hold the top of the tomato by its side and slice it as evenly as possible down from the centre. Be gentle when you do this so that you don’t squash the tomato, especially if it’s a really ripe one!

During this next step, make sure when you’re holding such that your fingers and thumb are well protected. Experienced choppers will usually tuck their thumb inward and have the tips of their fingers gently holding the tomato in place. The majority of the kitchen-related accidents associated with the knife are due to people exposing their thumb and fingers too much when holding anything in their hand that is being cut and/or sliced down by a knife. It also has much to do with poor knife handling skills, too.

When your tomato is sliced into two pieces, set aside whatever you don’t intend to use and work with your newly halved tomatoes, taking it a step further and cutting them into strips. If you are experienced enough to perform a julienne cut, it is recommended you replicate this but on a slightly wider scale relative to the desired dice volume.

Then you should place the ‘tomato slabs’ flat side down on the board and repeat the same julienne method. Followed by a 90 degree rotation to dice them up into evenly sized cubes. By using this method, you are again having the knife do the work for you. How you cut and dice your food, whether it be a tomato or another fruit or vegetable, the quality of your finished product can become compromised if there isn’t enough care going into what you’re doing.

Since we did not core the tomato, you may be left with some larger pieces, however, it is often best to remove the watery insides with your fingers or a spoon.

Why it looks so easy for professionals is all down to the knife handling – they have the knife do the job for them. This is accomplished by having the front tip of the knife stay on or as close to the surface as possible where it makes sense to and having the knife slice down in an identical pattern as pulling down the handle of a guillotine and having the knife slide slightly forward. This is the technique Red Seal Chefs all over the world have been trained how to handle a knife when cutting and dicing anything they hold safely in their hand.

If you want to perform the perfect dice for the gram’, firm tomatoes are the easiest to work with as they’re easier to hold, cut, slice, and dice without making such a mess. When the knife and tomato are properly handled following this step by step guide, you will have a final product that’s good enough to make whatever dish you’re preparing that calls for diced tomatoes look great. Whatever is appealing to the eye is usually appealing to the stomach. 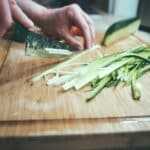 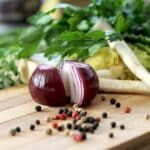